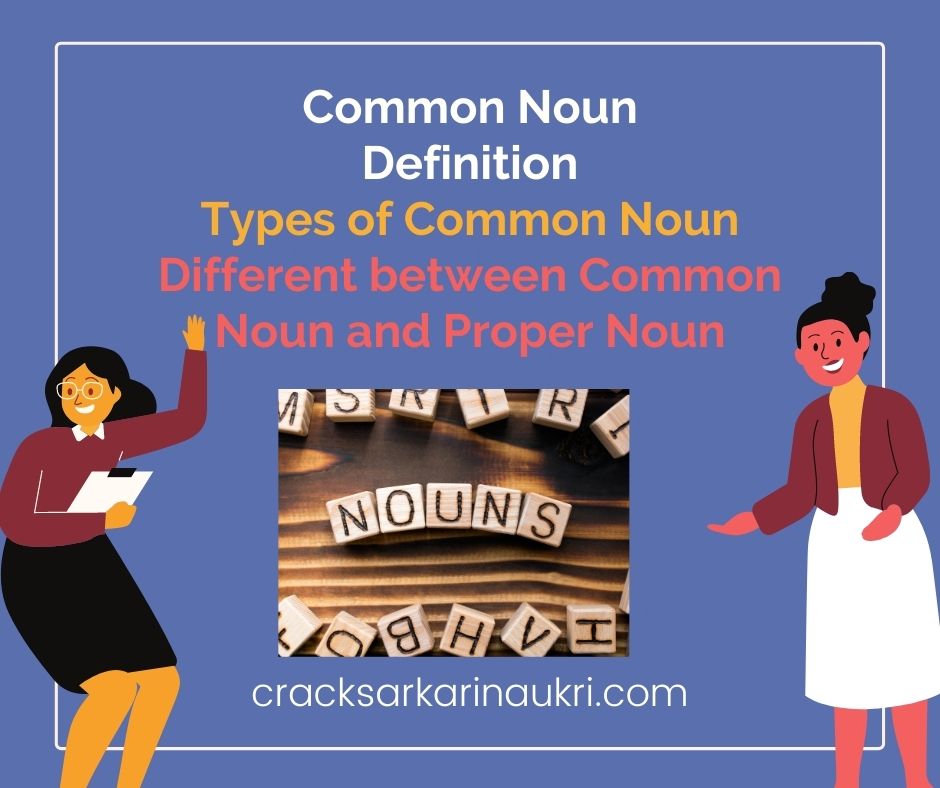 Recommended – Noun and Types of Noun

Definition of a Common Noun

Common Nouns are naming words common to places, people, animals, things, etc. The common noun does not indicate any particular place, person, thing, or animal. They are generic names, and they are not capitalized unless they begin any sentence.

Common noun examples in a sentence

Identify the common nouns from the sentence that is given below:

Definition of a Proper Noun

Identify the proper nouns from the sentence that is given below:

Any name of a place, thing or people in generic form is called a common noun.

What is a common noun?

What is a common noun with examples?