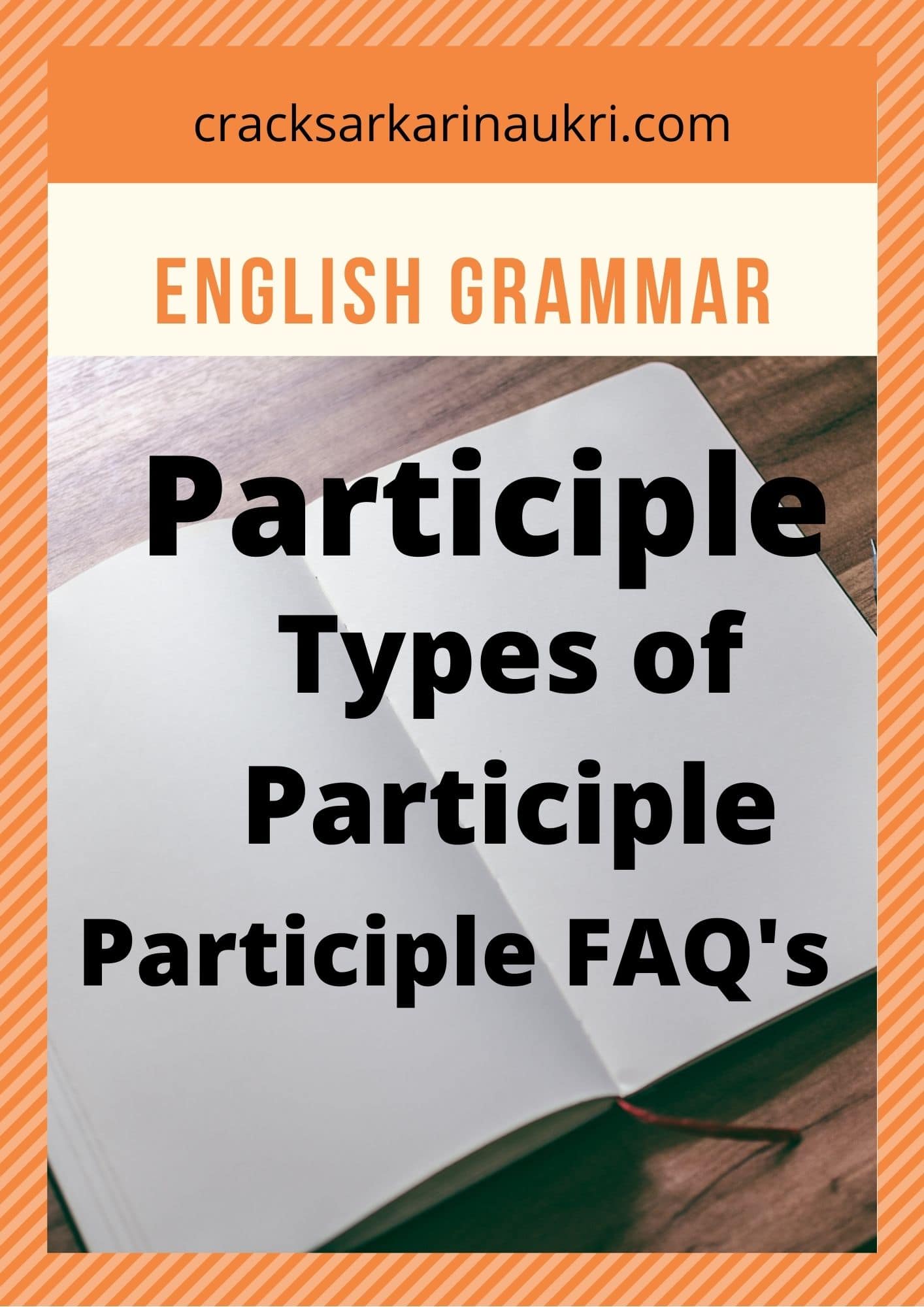 A participle is a non-finite verb used as an adjective / combined with the verb to be to create various verb tenses.

A participle is a verb form used as an adjective or to create verb tense and also used to create the passive voice.

There are two types of participles,

All of the present participles have a-ing at the end. When a verb’s base form ends in a consonant, you usually add-ing.

For example:- if we add-ing in last of a verb, it changes in to present participle as sing becomes signing, cries becomes crying and sleep becomes sleeping, and so on.

If the verb has e In Last ( silent -e in last), we drop the “e” to make the present participle. Such as consume becomes consuming, mediate becomes meditating and so on.

All the verbs that end in -i.e., the -i.e. usually changes to -y before the-ing is added.

Present participles end in -ing ( keep that in mind.)

Here are a few more examples :

All of the past participles have a -ed at the end.

It may be only -d when the verb is already ending with -e.

For example:- if we add -ed in last of a verb, it changes into past participle as hope becomes hoped, burn becomes burnt, broke becomes broken.

Combining Participles with to “Be”

I was sleeping. (past continuous)

I am sleeping. (present continuous)

I will be sleeping. (future continuous)

To achieve a passive voice, With the verb “to be,” past participles are combined. The grammatical subject of the clause receives the verb’s action in a passive voice structure. Something or someone else takes acts.